Did you know that next week is FA Girl’s Football week (w/c 25th April) #WeCanPlay?

It’s aim is to change the perception of female football in girl’s, parents and teachers (primary and secondary school) which will in turn encourage girls to participate in this great team sport. 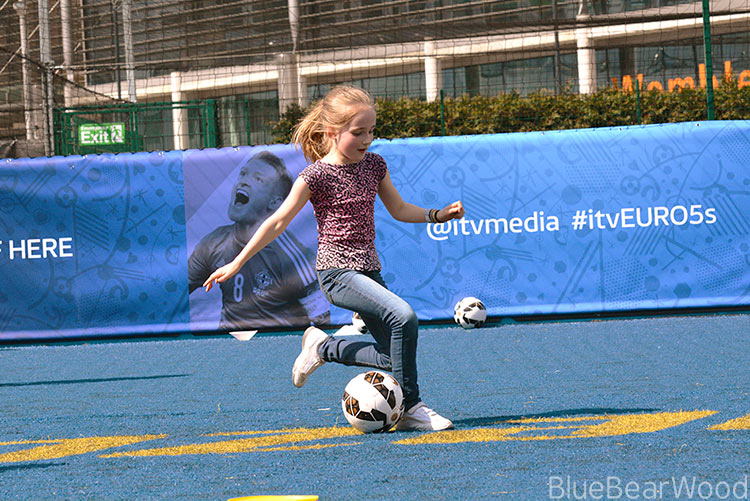 So, when we were invited up to Wembley Stadium for a tour, had the opportunity to meet Kelly Smith and have a kick around with her and some of the FA coaches there was just a little bit of excitement!

Football is the largest female team sport in England but only half of girls surveyed by the FA thought football was for them and one in four girls interested in playing football didn’t follow up their interest because of the lack of peer support. Dad’s in particular were more likely to encourage their sons to play than their daughters.

Although things are changing there is still an imbalance. We need to support our women in sport. Without our support, the opportunities for professional female sports opportunities won’t open up. 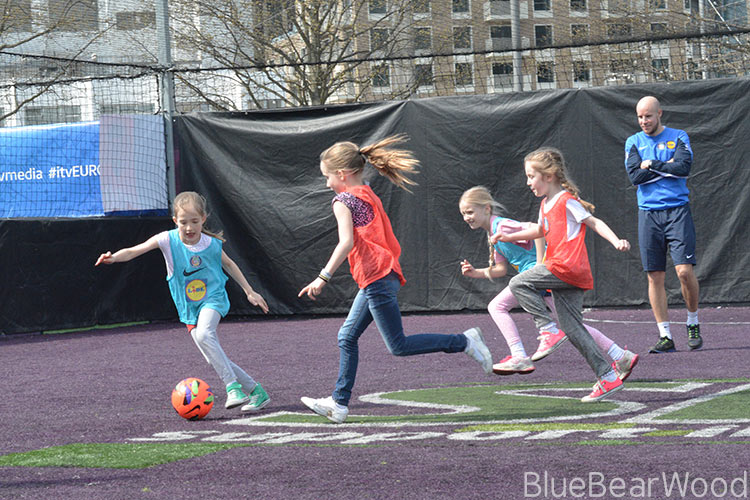 If there’s one thing I’ve learnt from being a parent is that our opinion counts and we can do a great deal to bridge the gender divide. As a parent to three girls, I don’t talk about anything being for girls or boys (unless it’s public toilets!). As a result my girls have a very positive attitude to most things, in particular sport… taking part in gymnastics, swimming, running, rugby, climbing and football. And sadly at times they have been the only girls participating in some of these activities.

If you’re interested in finding out more about girls football in your area go to the FA website to see what’s available near you (it lists all the clubs in your area),  if you’d like to get your school involved have a look at the FA free resources and if your after some holiday sessions the FA skills website offers some great value training.

Oh …. and if you don’t know who Kelly Smith is (tutt’s quietly) she’s ‘only’ an English football forward who currently plays for Arsenal Ladies in the FA WSL (Women’s Super League). She started playing aged 6 and making her senior debut in 1995. She’s accumulated 100 caps for the England women’s national (she’s England’s record goal scorer- 46 goals) and also played in the 2012 London olympics. How’s that for a career in women’s football!?

Her answer may just surprise you!

Here’s a little video of my girls discussing the day. Sorry for the poor quality I had the camcorder on the wrong setting #parentfail