A while back two of my girls entered a competition with Tots100 and Brittany Ferries for which they had to design a picture of a whale.  Rather than draw a picture each they chose to design a collage together and rather wonderfully they won!

I love making collage pictures. It’s a great opportunity for children to explore texture and materials. It’s also a fun way to get children to work together creatively as a team.

Having explained what the competition was they ran off upstairs and came back with the most amazing picture. They had decided what they would draw and shared the creative process equally without any input from me. This is a little video of them discussing their picture and whales.

Next came the collage.

We talked about materials, shape colours and textures that could be used for the various parts of the picture and they had to agree between themselves what they were going to use.

We found a large piece of packaging cardboard and the girls set about creating their whale.

1. The girls copied their original picture on to the large piece of cardboard.

2. Next the pencil outline of the whale was traced over with PVA glue and string carefully placed on top of the glue.

3. Strips of blue felt off cuts were cut into rectangular shapes and the stuck onto the card for the sky. We turned the picture upside down so they didn’t knock the string whilst the glue was drying 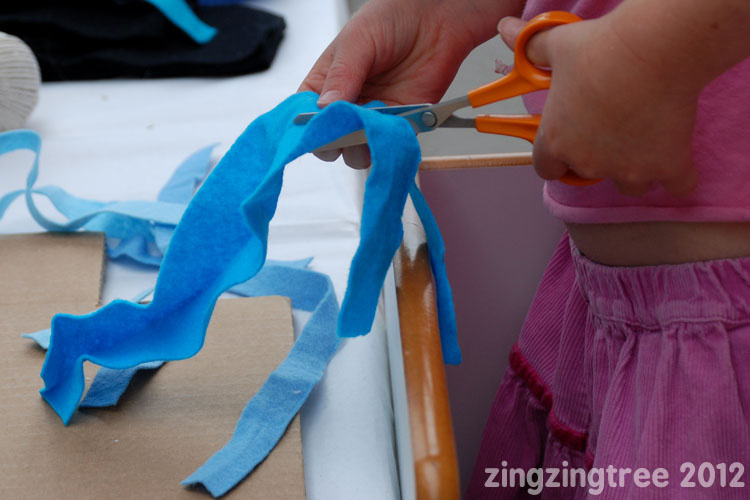 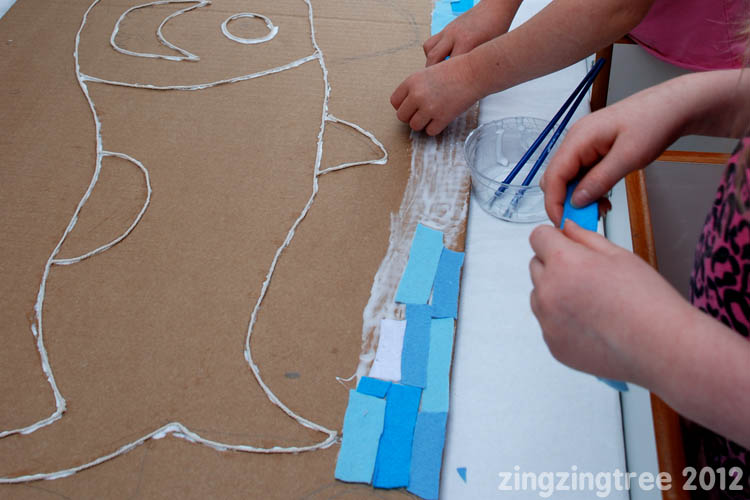 4. The moon was painted with silver acrylic paint and deliberately made lumpy to give some texture. They chose to make the sun by first gluing orange lentils down and then pushing orange glitter into the gaps between the lentils. 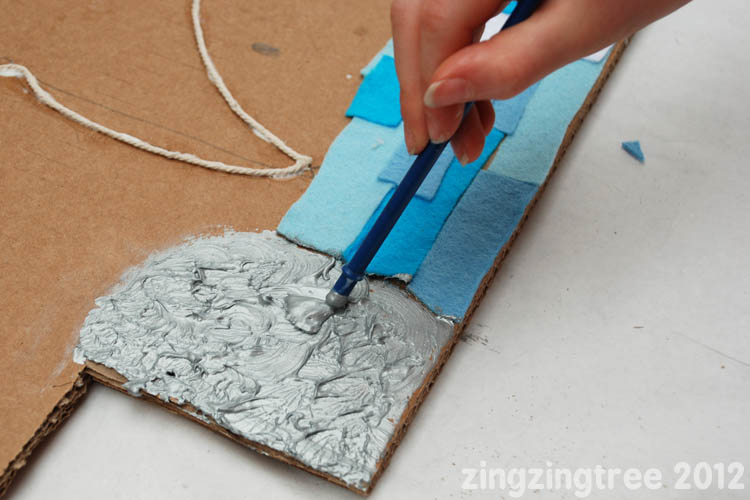 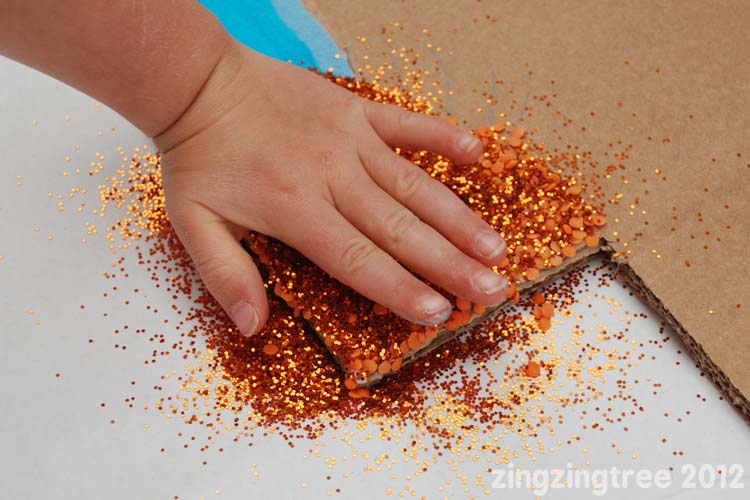 5. With the picture turned the right way up the sea was painted using shimmering pearly blue ready mix paint.

6. A gathering of some blue wool made a perfect whale blow hole water spurt.

7. Wool was also used to give the sun some rays. It was after doing the rays that the girls realised that they’d forgotten to paint the background white (Mummy not paying attention!) so we grabbed some white acrylic paint (it dries super fast).

8. Now it was the Whale. He was made using black, white and red coloured craft sand. Starting with black each section of the ‘string outline whale’ was carefully covered with PVA glue and then given a good covering of sand. Pat the sand down to make sure it has stuck down and then carefully pour/tap off.  I like to get children to use spoons with sand and glitter as it gives them more control than shaker pots.

Do this for each section but think about which way to tip the picture when pouring the sand off to prevent contamination.

9. The large green eye was made by curling a green pipe cleaner into a snail shell shape and  sticking a black pom pom on top.

10. Sharp pointy teeth made of felt were stuck on.

11. And finally blue tulle was stapled on top of the sea to give it texture. The staples hidden by gluing sea shell beads over them.

They were so proud of their finished whale …

Previous Post: « How To Draw A Whale And Other Interesting Whale Facts
Next Post: I Can Skip … Honest! »