Canesten currently have a campaign running called #SheHelped which is aimed at highlighting the small and large everyday things that women do to help other women. With the media often trivialising the amazing roles and value women add to society it’s important not to forget how even the smallest of gestures can have far reaching impact.

My #SheHelped story is about the help and support I received from other multiple mums online during and after my twin pregnancy.

My twin pregnancy was my fourth pregnancy but only my second successful one. I had Monochorionoc diamniotic twins, caused by early splitting of a fertilised egg, resulting in identical twins sharing the same placenta but having their own sac. It was a high risk pregnancy and we (me and Mr Dad) had lost of questions … so I joined Tamba.

One of the benefits of Tamba was their members forum and it was here that I befriended a community of women who had one thing in common. They were all multiple mum’s and they were a godsend.

These women were more informed and more helpful than most of the medical professionals we met throughout the pregnancy. They shared their stories (good, bad and very sad), provided direct and indirect support to each other, kept each other company during the long nights when sleep was difficult, shared where to buy equipment (you wouldn’t believe how hard it was to buy a descent twin buggy 10 years ago). You name it they helped. It was empowering and allowed me to work with the medical professionals and feel in control of my pregnancy which is often not the case with a multiple birth.

When my girls were born one of them had a cleft in her soft palate and a congenital heart defect which resulted in her having open heart surgery at nine weeks old.   Watching one of my babies thrive, whilst the other was slowly slipping away, was one of the most traumatic things I have ever had to go through. I hardly saw Mr Dad as we took it in turns to do twenty four hour shifts at the hospital. She needed small two hourly feeds that would take an hour to slowly drip through due to all the additives, plus there was all the medication.

I also had her twin sister and older sister (fourteen months older) to look after … to say I was exhausted was an understatement.

It was a terribly lonely experience and the forum became my life line. I had no energy or time to socialise in real life so my reality became the hospital staff and these amazing women online. I might not have joined in much, but just being online and reading about their lives … interacting when I could … gave me a lifeline.

Just before my twins turned one we headed West Country for our first holiday away as a family and met up with a small gang of these amazing women and their families. I still cry when I think about how welcoming they were and how badly I had needed that contact with people. I felt safe and understood, they oozed empathy without saying anything and I will remember that trip away and all the emotion that I carried with me for the rest of my life.

As my girls grew older and technology changed, we migrated on to other forms of social media but we still stay in touch. Some of us more than others, but we were all there ,watching over each other from afar, occasionally meeting up, giving advice, sharing a virtual hug, glass of wine and a laugh when needed.

Friendships were formed on that forum that will last a lifetime.

These women kept and keep me and each other sane. They allow me to vent, help me stay strong when I’m feeling low and vulnerable. They might not realise it but their sisterhood and virtual companionship has been a mighty strength behind me and I love and thank them dearly for it.

This post has been supported by Canesten, but all thoughts are our own

“Canesten are helping women around the world, providing education and solutions for their intimate health. We are helping those women who are less fortunate than most of us. That is why we wanted to support, in any way we could, refugee women affected by the Middle East crisis who are living in sub-standard conditions in camps and settlements in various countries. So we offered a substantial donation of Canesten thrush products (around £320,000 worth) to International Health Partners, Europe’s largest charity coordinator that organises the safe and responsible donation of medical products and supplies to developing countries.” 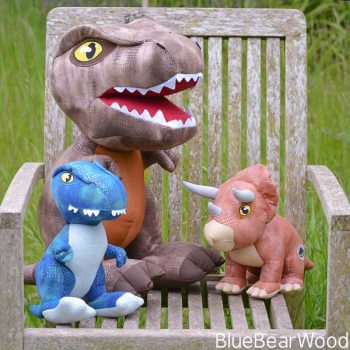