One of the things I love about children is that everything is new and exciting.

On a daily basis they are constantly learning new mental and physical skills.

The thing is all this ‘new‘ requires energy to process … a lot of energy. And from the moment my girls wake up to the moment they go to bed food plays an important part of their day.

Luckily they enjoy food. They enjoy the taste, texture and social element of it, whether it’s at school, at home or eating out.

They have no idea how much effort goes into keeping that interest!

So, that brings me onto a new Walkers snack … Hoops and Crosses. It sounds like the perfect travel/boredom snack for my three. They can eat and play at the same time but is it really as brilliant as it sounds?

Well to start with they had great fun using the snack to play ‘Noughts & Crosses’. They are a nice size to handle and don’t leave too much snack trail behind them.

On the down side there were a lot more crosses than hoops so we could only have one game going at a time. A shame as there would have been enough in the pack for to games to be played at the same time if there was an even distribution of shapes!

RoRo and RaRa were very impressed and scoffed pretty much all of the packet.

Eldest on the other hand was not impressed and proceeded to lecture me about poor parenting. Why would I give her the most disgusting thing ever to put in her mouth. She would never trust me again. As a parent I have failed!

To be fair the beef flavour we were sent was very, very strong and a little salty (most crispy things are).

The ‘Hoops and Crosses‘ are made from whole grains and contain no artificial colours or preservatives and each bag contains 85 calories. They are supposedly vegetarian but there are no markings on the packet that state this which is what I’d expect.
They currently come in three flavours … Roast Beef, Salt and Vinegar, Prawn Cocktail. As mentioned we were sent the beef ones which were very strong. The current flavour assortment stops them being something that i would by as a norm but I would definitely give any new flavours a try as I liked the texture and feel of them. They reminded me of Monster Munch.
We were sent the snack to try for free along with a cute toy monkey and a wee bit of remuneration. All images, words, and thoughts are my own though
Previous Post: « Norman The Slug Costume World Book Day Costume
Next Post: Dissolving, Expanding, Bouncing Egg Science Experiment » 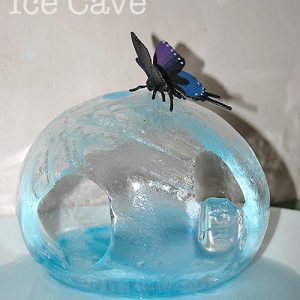