Summer has arrived and we’re spending more time outside having fun with friends, family and of course our beloved pets. With the sun comes more fresh air and more exercise as the gorgeous weather entices us to spend more time outside. And this marries perfectly with one of the top reason for owning a dog …. to keep active.

But whilst we love our dogs a new survey suggests we’re not always too hot at treating the hidden pet parasites that could be harmful to our dogs’ health and ourselves if left untreated.

“The survey of over 1000 dog owners nationwide carried out by Pet Parasite Action has found that while 85% of us happily hug our dogs, nearly a third have also found pet parasites on ourselves or our children and most of us don’t know which parasites are the most risky for our pets or our families.”

Lungworm worries dog owners most but parasites such as ticks and roundworms are underestimated as disease risks to pets and people.

Surprisingly, one in four people don’t even realise their pet could have parasites and that they might not be visible (this is often the case with lungworms, hard to find ticks, roundworms and the microscopic eggs they produce).

“Around 1 in 6 say that it’s been about a year since they last treated their pet for ticks, lungworm or roundworm and despite concern about its effects, 23% say that they don’t know when their pet was last treated for lungworm.”

TV presenter Jenni Falconer is backing a campaign which aims to raise awareness of the need to treat our dogs,

“As a dog owner and a mum I want to be sure I do the best thing for my pet and my family.”

During the Pet Parasite Action Campaign (click through for more information) she wants to encourage all pet owners to visit their vet for a simple way to help protect their pet against parasites inside and out, including those that might be harmful to rest of the family.

Following a spot on treatment for parasites the survey found that our interaction with our canine friend can change quite dramatically.

Sad times for our doggy chums and us!

These changes don’t need to happen though!

There are now palatable oral chews available to treat several parasites which mean that owners can continue interacting with their dogs normally after parasite treatment … doggy hugs are still good!

Vet Janet Winter says, “It’s very easy to enjoy the benefits of pet ownership and give your dog all the love they need, while also helping to protect them and the rest of your family from parasites. Justvisit your vet for a simple treatment against parasites inside and out.”

Do You Know Your Pet Parasites?

Parasites such as the roundworm Toxocara can cause blindness and neurological problems especially in  children. Lungworm can be fatal to dogs and ticks can transmit diseases, some of which can be deadly to dogs or debilitating to people.

But do dog owners worry about these parasites correctly?

43% of dog owners think dog lungworm is the parasite that poses the greatest risk to human health with 82% correctly identify that lungworm could be fatal to their pets  but actually it’s harmless to people.

NB: Lungworm is absolutely a growing threat: cases are increasing and spreading throughout the country, into previously unaffected areas.

Surprisingly, only 28% of dog owners recognise that ticks (as a transmitter of Lyme disease in people) are a risk to human health. Over a third of survey respondents (36%) said they were worried about ticks but just 48% realised that ticks can cause fatalities in dogs because of the diseases they transmit.

Note: Ticks are a growing threat to both pets and humans. In recent years there has been an increase in tick numbers across the UK due to changing weather patterns and a growing population of deer, which host ticks.

The least worried about parasite, according to the survey, is probably one of the most concerning. Just 15% say they were worried about roundworms and only 7% correctly say they think roundworms could threaten human health. Yet if accidentally eaten, eggs from the roundworm Toxocara  pose a significant threat to human health, potentially causing blindness or neurological disease – especially in children.

Let’s act now to help protect all the members of our family, furry or otherwise!

Previous Post: « MOKURU Fidget Stick Review: The New Craze About To Hit Town?
Next Post: Why Stopping to Smell the Roses is Good Advice » 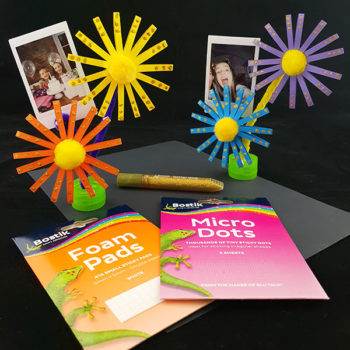