The Schleich Eldrador Creatures are still on the quest to find the hidden magical sword with each realm (Ice World, Lava World, Stone World & Water World) recruiting four new members into their armies.

I love the quality of Schleich products and have reviewed a few sets (Schleich Animal Farm Starter Set & T-Rex, Schleich Pony Agility Training Set) but without a doubt, these Schleich Eldrador Creatures are my absolute favourite!

The Ice Spider lays in wait deep inside the labyrinth of ice caves weaving invisible webs to capture intruders. If they manage to make it through the webbie maze will they survive the icy stare of it’s eight piercing eyes or survive its blood-freezing bite?

It crystal textured body, plus the mix of frosty whites and icy cold blues, give it a shiveringly icy cold vibe. The main body and back legs are solid and hard but the other three pairs of legs have a softer feel to them with the two raised up legs having a lot of flex where they join the Spider Body.

The fire bull is very hot-tempered and loves to skewer opponents on his fiery horns that can pierce the toughest armour. He’s always in attack mode, so if you manage to avoid his lethal horn watch out for his fiery tail!

The Lava World creatures really capture the feeling of oozing hot molten lava. The Fire bull has a fantastic textured back just like cracking lava flows. With a deep, red head and a body that fades to yellow on his underbelly and horn tips. It all gives him a fabulous fiery glow that really shows on his angry face! None of the parts move, on the fire bull but that doesn’t make him less of a player.

The Schleich Armoured Turtle comes with a detacheable weapon. He might look slow and cumbersome but this turtle is nobodies fool. He can spin around at lightning speed swinging his massive double headed club at opponents. And his tough stone and crystal armour protect his front and back from any weapon. He does have a weakness though… flip him on his back and he will take a few hours to right himself

The Armoured Turtle is full of texture like all the other Eldrador Creatures and I love how they have incorporated green crystals into his shell. He also has arms that move up and down and one of the wrists pivots 360 degrees, so this makes him a bit more interactive. Plus his weapon can be removed and put in his other hand and you can also swap the weapon out with other ones from the Eldrador Creatures such as the one from the Battle Crab.

Finally there’s the Battle Crab. This nimble creature is super fast and very dextrous with some steely pincers and a lethal scythe like weapon. Add to that it’s tough outer armoured skeleton and this watery opponent becomes one to avoid. Once caught in the Battle Crabs pincers there’s no escape!

Battle crab is the most interactive. Both front claws move up and down and its upper body turns a full 360 degrees. It also has a weapon that can be taken out and exchanged with another weapon such as the Armoured Turtles double headed club and there is pivotal movement around the wrist. The shell is nobly and textured including a few barnacles attached to the head. I’m not so drawn to the bright blue and red colouring but it does make him stand out and it suits the general colour scheme of

Forget my kids… I love the Eldrador creatures. The quality and attention to detail, as always, is amazing but more than that I love the imagination that has gone into creating a set of characters and a ‘realm’ that generates excitement and interest into some key earthly elements. They really do tap into the ‘learn whilst playing’ environment’ and will spark lots of conversation as well as battles!

Will these new creatures manage to topple the reign of the villainous Lava world who currently have the super-weapon hidden deep underground? Only time will tell!

Previous Post: « Get Kids Outside With The Rollplay NightHawk Ride On For Tweens
Next Post: How To Make A DIY Paper Flower Photo Holder With Bostik » 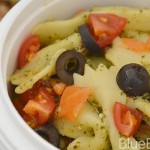