Water beads are amazing crystals that absorb up to 400 times their weight in water and increase in size by. They will then shrink again as they loose water to the surrounding environment. 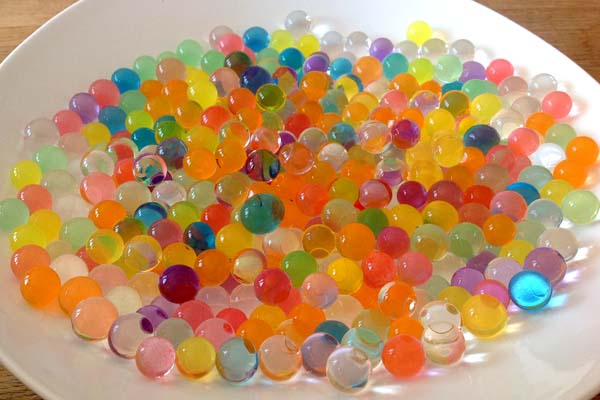 This makes them a fantastic visual material to show children absorption and expansion.

At this point I will mention that although they are non-toxic and biodegradable they are not a toy and are sold as not suitable for children. If you are going to use them do not leave your children unsupervised with them. 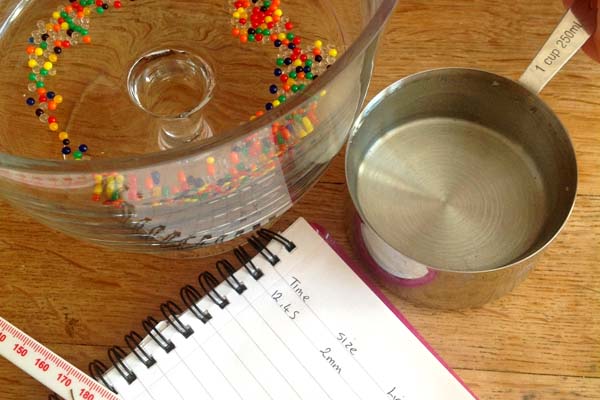 We measured the tiny crystal beads before they had water added to them and noted down the time, their approximate size and how much water we added.

Within 1/2 an hour they had already started to expand and grow in size (6mm) as they absorbed the water they were in. But they were no longer round and smooth! Instead we found that the surface was now ‘bumpy’ like a brain. 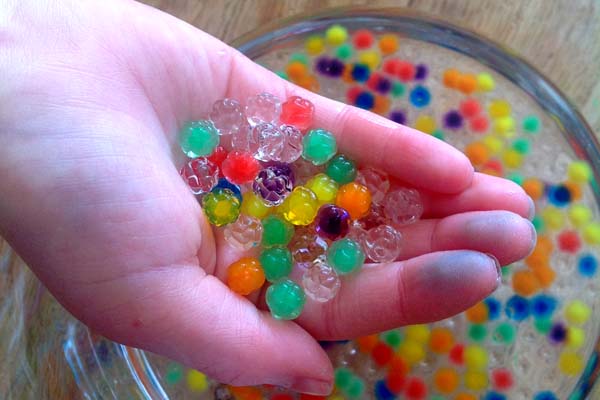 An hour later they had absorbed all the water we had put in the bowl and were back to a more spherical shape although there were were still a few small ridges and ripples on the surface. They had continued to grow and now measured approximately 8mm. 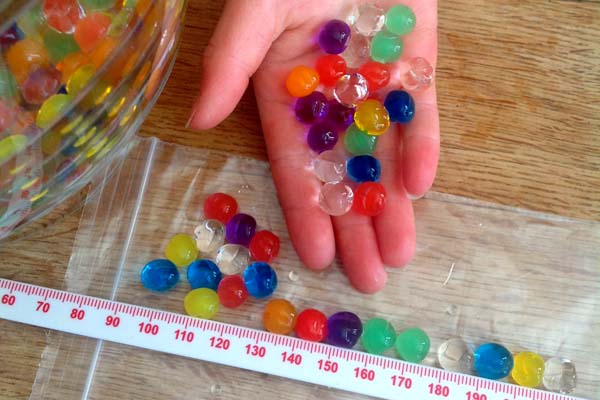 We added another cupful (250ml of water) and left them for a further 2 hours. When we looked at them this time all the beads had a smooth surface. They had grown about 2mm bigger so were approximately 10 mm in size. We also noticed that all the water had disappeared. 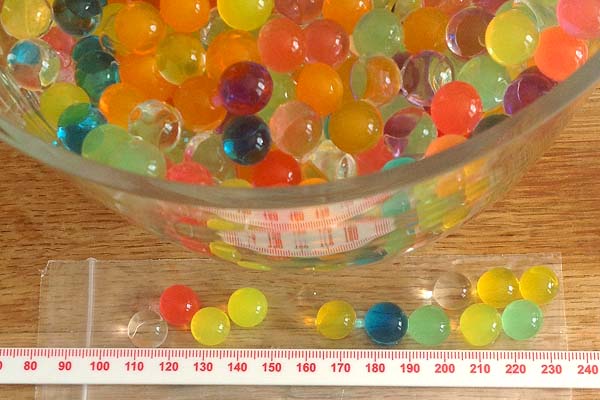 More water was added so it came up to the top of the bowl and the beads were left soaking over night.
When we came down in the morning they had swelled to their full 15mm and needed to be drained and  transferred to another bowl. It was very exciting.

Now we’re going to wait and see what happens to them over the next week now that they are no longer in water.
Other terms you can introduce to children using water beads are transparent, translucent and opaque.
Whilst we were moving them we also found out something else rather exciting. Can you guess what it was?
Watch the video to find out …
This was part of a ‘Growing’ – Science At Home Google hangout with
Maggy from Life in The Zoo and Red Ted Art,
Ali from Kids Chaos,
Cerys from Rainy Day Mum
Trisha from Inspiration Laboratories.

Do go visit The Hangout page and take a look at all the other fabulous contributions for this weeks ‘Growing’ topic. There are some great activities mantioned.